The WALL-E bot was designed to follow four main stages of play before ending the game:
1. Team Identification
At the beginning of the round, the WALL-E bot identified which team it was on based on the first beacon it saw on its right
2. First Deposit
After identifying its team, the WALL-E bot proceeded to pick up balls going counterclockwise around the circle. It was programmed to backup and reverse direction after any contact that caused a motor current above a pre-set threshold while a front bump sensor was hit (intended for facing an opponent at the middle wall). After doing this for 20 seconds, it found the closest bin and deposited all the balls it had picked up.
3. Second Deposit
On the second run around the circle, WALL-E bot repeated the same process for picking up balls. After 20 seconds, it was programmed to find the bin with the most balls in it and deposit in an adjacent bin. For example, if bin 1 had the most balls, WALL-E would always aim for bins 2 and 4. The choice between the two was arbitrary.
4. Late Game
After the second deposit, the WALL-E bot was programmed to drive in the direction of the bin with most balls. Its intent at this point was to win over the highest scoring bin. If it encountered resistance it would continue pushing the wall, in hopes of canceling the bin. For example, if bin 1 was the bin with the most balls, WALL-E bot would have chosen an adjacent bin, such as bin 4. From bin 4, WALL-E bot would now drive clockwise to reach bin 1. After this, WALL-E bot was programmed to keep driving until the second deposited bin (bin 4 in this example) was canceled out. It would then reverse direction and keep driving until the higher value bin (bin 1 in this example) was canceled out. This pattern would repeat until the end of the game. 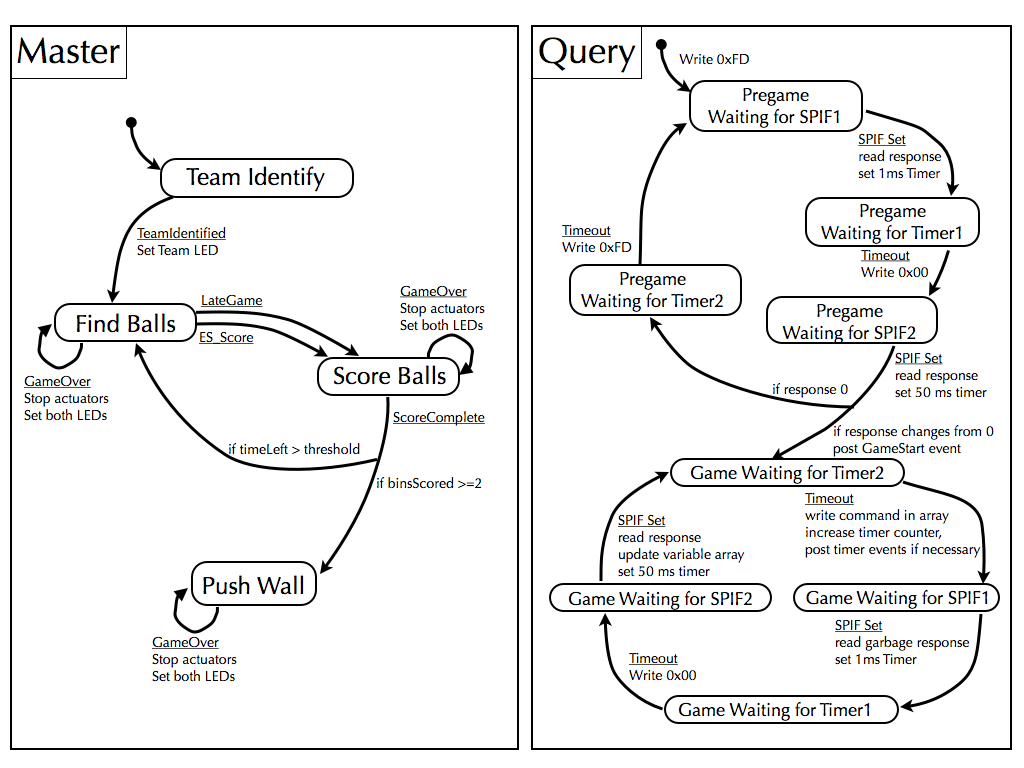 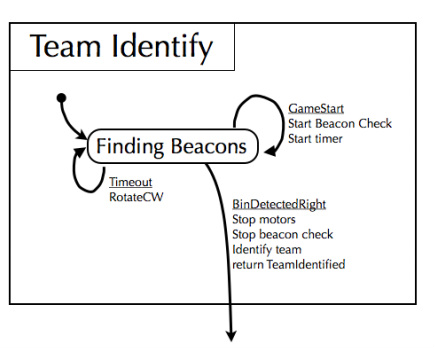 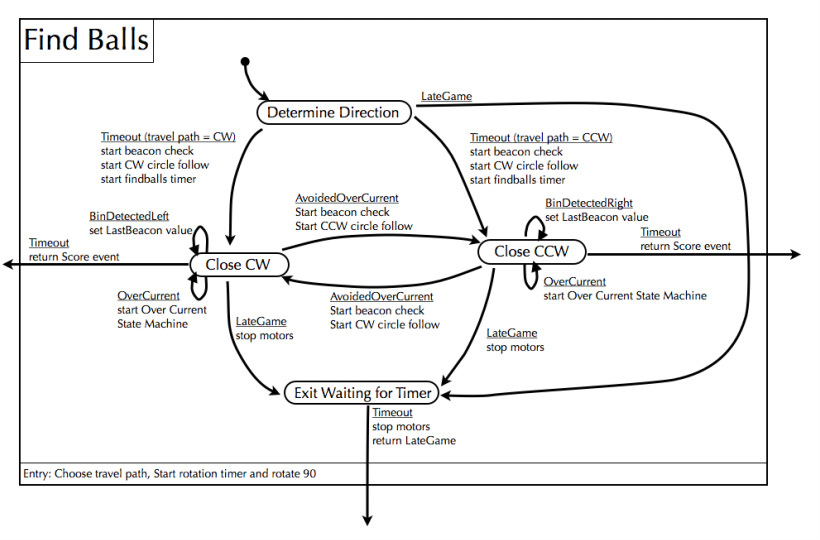 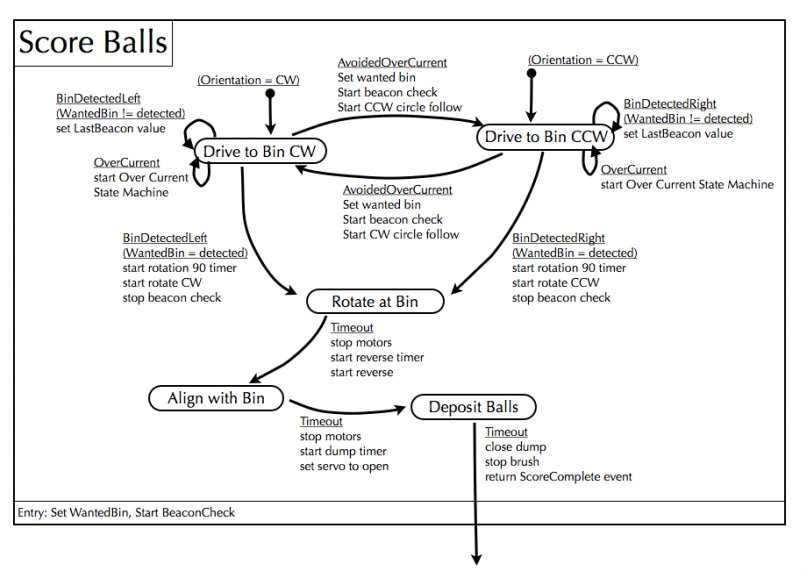 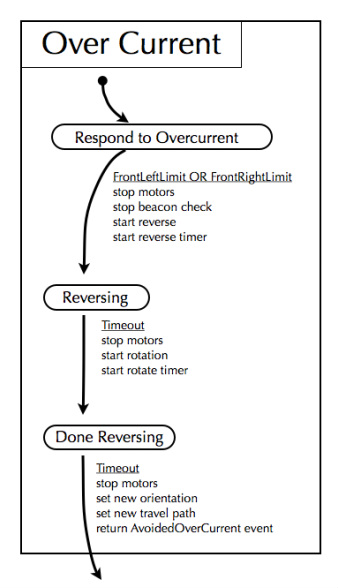 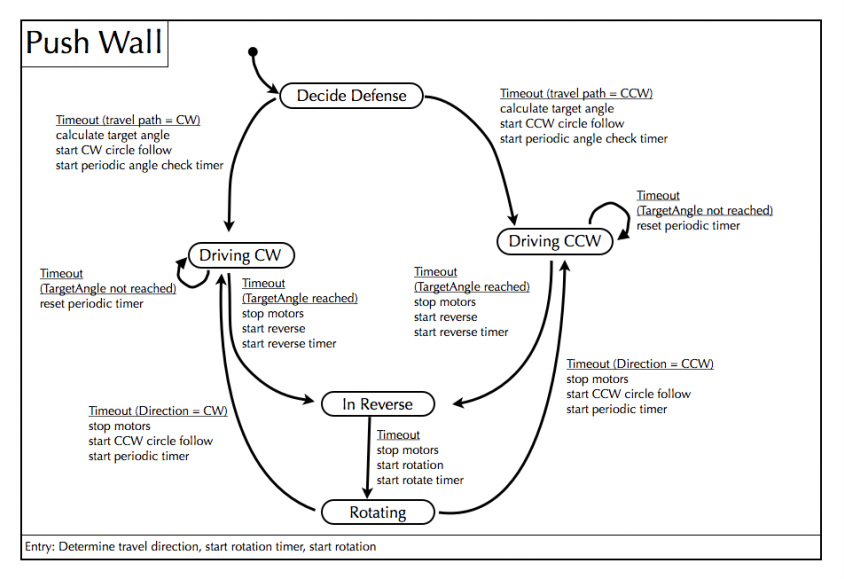