Ball Collection
In the early stages of designing our robot, we decided to focus on a robust, consistent collection method. We settled on a paddlewheel which would propel the balls into a hopper while driving over them. By prototyping several paddle designs, we selected a wooden structure with fake evergreen leaves. The leaves were made of thick, flexible wire, which was pliable enough to avoid rejecting the balls very often while also providing the support to push the balls up the ramp. The ramp height was decided after testing our brush method, to maximize the height of the hopper wall. 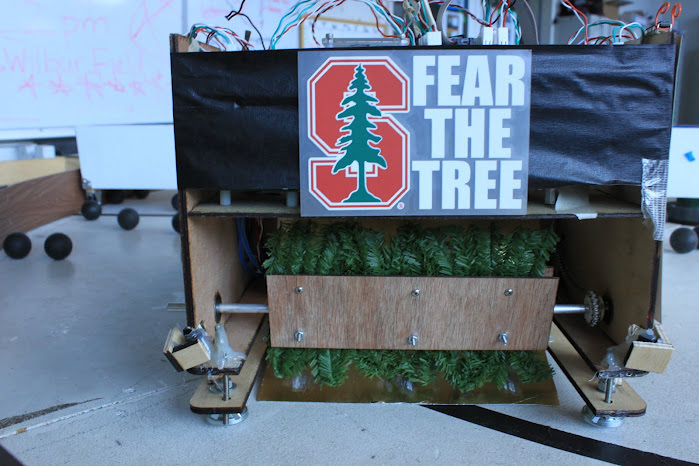 The brush itself was powered by a 7V DC motor attached to a pulley system, as pictured.
We contemplated several methods of ball collection, mainly focusing on a vacuum or motorized paddle.  We ended up deciding on a paddle because we thought it was more conservative and would draw less power.  Because we felt that this might not ultimately be as effective at ball gathering as a vacuum solution, we focused on using a strong end game strategy for stealing bins.

Ball Depositing
Rather than going for a shooting mechanism, we aimed to bring the ping pong balls up past the height of the wall - storing them in a hopper whose base was slightly higher than the bin wall. Thus, we used a servo to open the back wall of the robot once we were aligned with a bin. The bottom of the hopper was tilted to ensure the balls rolled out when not held in by the back wall. This mechanism is pictured below. 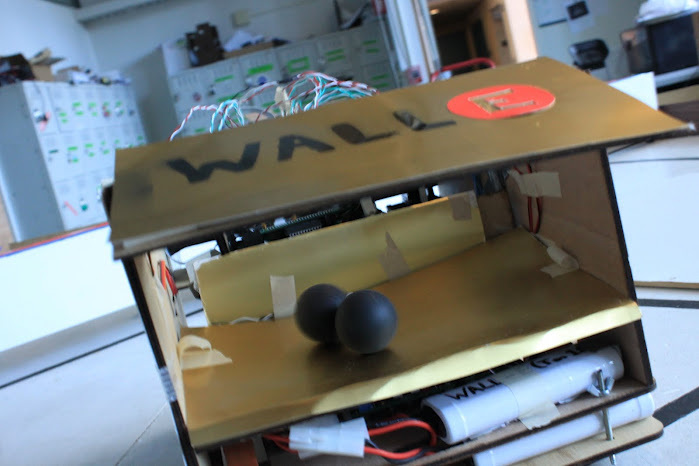 Packaging
The design of our robot consisted of two main modules - the base, which housed the drivetrain and batteries, and the top frame, which provided structure for the ramp, hopper, brush, and most of our electronics. This design allowed for testing throughout the build and design process. 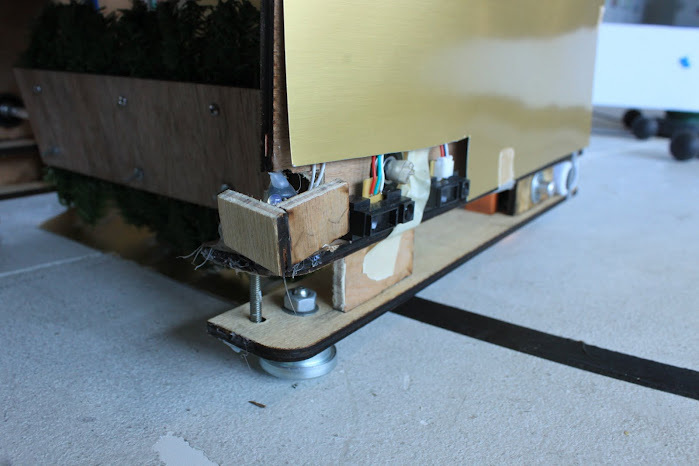